Melanoma represents a significant and increasing public health burden, and is the largest cause of skin cancer-related deaths.1 Approximately half of advanced (unresectable or metastatic) melanomas have a mutation in the BRAF gene, with V600E being the most common mutation, leading to the therapeutic use of BRAF inhibitors.2 However, the response rates with single-agent BRAF inhibitors are low, and therefore combined BRAF and mitogen-activated extracellular signal-regulated kinase (MEK) inhibition has been investigated.3 Targeted therapy with BRAF and MEK inhibitors is associated with significant long-term treatment benefit in patients with BRAF V600-mutated melanoma but has an increased incidence of adverse events.3,4 The encorafenib plus binimetinib versus vemurafenib or encorafenib in patients with BRAF-mutant melanoma (COLUMBUS) trial was a two-part, randomised, open-label phase III study conducted at 162 hospitals in 28 countries, and investigated the efficacy and safety of encorafenib, a BRAF inhibitor, alone or in combination with binimetinib, a MEK inhibitor, versus vemurafenib in patients with advanced BRAF V600-mutant melanoma.5,6

In an expert interview, Reinhard Dummer discusses the unique pharmacological features of encorafenib, as well as the findings of the COLUMBUS trial and their implications for clinical practice.6

Q. Could you tell us a little about the BRAF-V600 mutation and how the mutation contributes to the development of melanoma? How is it different from other types of malignant melanoma?

Over the last few years we have learned that melanoma is a very heterogeneous disease. Melanomas may originate in different sites – the most common are skin melanomas but melanomas occur in other organs – and all have a special biology. The BRAF-V600 mutation is associated with cutaneous melanocytic lesions including benign melanocytic lesions, also known as moles. This mutation is an early event in the pathogenesis of melanomas that occur early in life, typically between the ages of 20 and 50 years, and are associated with a high frequency of benign moles. In terms of histology, these melanomas are frequently superficial spreading melanomas.

Q. What unmet needs are there in the current standard of care for advanced BRAF-mutant melanoma?

For advanced disease we currently follow two treatment strategies: immunotherapy with the anti-programmed-cell-death protein 1 (PD1) antibody ipilimumab alone or in combination, and treatment with targeted therapy. Among the latter are two combinations: one is dabrafenib and trametinib, the other is verumafenib and cobimetinib. These have improved outcomes in metastatic melanoma including prolongation of overall survival (OS). However, these treatments have a number of limitations based on efficacy and adverse events; therefore there is room for improvement.

Q. Could you briefly explain the mechanism of action of the drugs encorafenib and binimetinib, which are used as a combination therapy in the COLUMBUS trial, and how this combination differs from the COLUMBUS control drug, vemurafenib?

The COLUMBUS trial is evaluating a new combination of targeted agents.6 One is a new BRAF inhibitor, encorafenib (BraftoviTM; Array BioPharma Inc., Boulder, CO, US); the other is binimetinib (Mektovi®; Array BioPharma Inc., Boulder, CO, US), a new MEK inhibitor with a short half-life. In my opinion, the major interest is in encorafenib, which has shown a number of unique preclinical features. Unlike vemurafenib (Zelboraf®; Genentech, Inc., South San Francisco, CA, US), it has a high inhibition potency for wild-type BRAF, and v-Raf murine sarcoma viral oncogene homolog C, as well as V600E-mutant BRAF. It also has a very long dissociation time.7 This means that when the molecule binds to the catalytic domain of the BRAF oncogene, it stays there for a long time. This results in a profound and long-lasting suppression of the signalling pathway. We know from preclinical work that the intensity of this suppression is associated with prolonged efficacy.7 This specific pharmacological feature of encorafenib has the potential to improve the clinical outcome. In addition, binimetinib has benefits that were demonstrated in a phase II trial. It suppresses the side-effect profile of encorafenib, enabling encorafenib to be given in combination at higher doses (up to 600 mg).8

Q. What was unique about the design of the COLUMBUS trial?

The COLUMBUS trial was designed to compare the efficacy of an old BRAF inhibitor, vemurafenib, with a new BRAF inhibitor, encorafenib and also with the combination of encorafenib and binimetinib.3 The conclusion of the phase II trial was that, in the presence of binimetinib, encorafenib can be significantly increased in dose.8 Therefore, a unique feature of the COLUMBUS trial is that we use encorafenib 300 mg, which is a tolerated dose for monotherapy, and can use encorafenib 450 mg in combination with binimetinib. With augmentation, there is better inhibition of the MET-kinase pathway: the end result is a better clinical outcome for the patient.

Q. What were the key findings from the study?

The outcome of the COLUMBUS study showed that the combination of encorafenib and binimetinib resulted in significantly improved OS (33.6 months versus 16.9 months in the vemurafenib arm).6 The latter matches the findings of previous studies of vemurafenib, so we can assume that the control arm is representative of the patient population. The hazard ratio for the comparison was 0.61, meaning there is a 39% reduction in the risk of death if treated with the combination of encorafenib and binimetinib. These are very encouraging results. The findings for progression-free survival (PFS) were also highly significant (14.9 months for the combination versus 7.3 months for vemurafenib). Again, vemurafenib performed as expected in this patient population. The hazard ratio was 0.53 i.e., a 47% reduction for the risk of progressive disease. In addition, the trial provided a direct comparison of encorafenib monotherapy (300 mg) with vemurafenib. There was also a significantly improved OS and PFS with encorafenib monotherapy versus vemurafenib.3 This confirms that the improved pharmacological features of encorafenib result in improved clinical outcomes.

Q. How do you predict that the recent EMA approval of the encorafenib/binimetinib combination therapy will impact clinical practice and the outlook for patients with unresectable or metastatic melanoma with BRAF-V600 mutation?

The combination therapy has demonstrated impressive clinical efficacy that is reflected by very high response rates and prolonged PFS and OS. In addition, the tolerability of the combination is excellent; many patients do not suffer from any adverse events. In patients that do suffer adverse events, they are easily managed. Therefore, encorafenib and binimetinib is a new, promising treatment option for the patient, and I am sure that many clinicians will use this combination in the future.

This is an expert interview and, as
such, has not undergone the journal’s standard peer
review process.

The named author meets the International
Committee of Medical Journal Editors (ICMJE) criteria
for authorship of this manuscript, takes responsibility
for the integrity of the work as a whole, and has given
final approval for the version to be published.

This article is published under the
Creative Commons Attribution Non-commercial
License, which permits any non-commercial
use, distribution, adaptation, and reproduction
provided the original author and source are
given appropriate credit. © The Author 2018.

Medical writing assistance
was provided by Katrina Mountfort of Touch Medical
Media and was supported by Touch Medical Media. 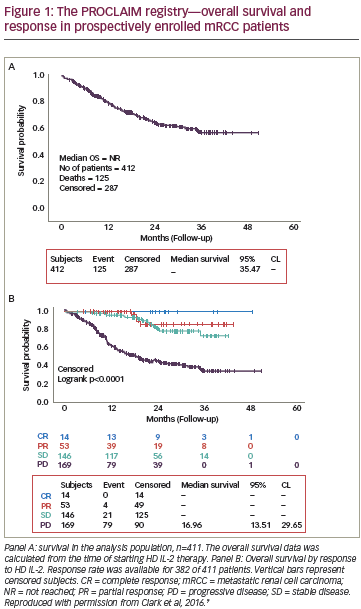