Like all other areas of medicine, gastroenterology is undergoing continuing evolution. During the past 20 years, many developments have substantially changed the way healthcare practitioners diagnose and treat patients with diseases of the gastrointestinal (GI) tract. A more recent development is the fact that gastroenterologists are increasingly involved in the diagnosis of GI cancers, as well as in their systemic treatment. This article highlights the opportunities and challenges of such a development for gastroenterology and its potential implications for the training of future specialists.

Gastroenterology – A Speciality in Progress

Gastroenterology – A Speciality in Progress

Gastroenterology is an exciting area of internal medicine, both at the research and clinical level. Like all other fields of medicine, gastroenterology is undergoing continuous development. Over the past 30 years, there have been dramatic improvements in endoscopy, both at the diagnostic and therapeutic level. High-definition endoscopy provides extremely sharp images in high resolution, giving an ideal means to detect even small and flat mucosal lesions. The introduction of active endoscopic interventions, such as papillotomy and more recently natural orifice transluminal endoscopic surgery (NOTES), has changed the way healthcare professionals treat gastrointestinal (GI) disorders. Likewise, tremendous progress has been made in hepatology, where there is a large and rapidly growing armamentarium, including liver transplants, novel drugs for hepatitis B and C, and even the first systemic treatments for advanced hepatocellular carcinoma (HCC). Additionally, our knowledge of inflammatory bowel disease (IBD) has increased extensively. Our understanding of the molecular mechanisms involved is much improved and we are beginning to understand the genetic predispositions for this group of diseases. This has resulted in novel therapeutic strategies, such as antibodies against tumour necrosis factor-α. Some major problems in gastroenterology have been resolved. For example, the pathogenesis of gastric ulcers has been explained by the discovery of Helicobacter pylori and, consequently, the active eradication of H. pylori has eliminated the major natural cause of ulcers in many parts of the world.
At the same time, in many countries, healthcare systems have changed substantially, mainly because of financial constraints. These changes significantly affect the way we treat our patients in gastroenterology today. Whereas, 20 years ago, many endoscopic procedures for the treatment of IBD or peptic ulcers were done in hospitals on an inpatient basis, today, most of these patients are treated as outpatients or only stay in hospital for a very short time. Consequently, the range of GI diseases treated in hospital has considerably changed over the years. In many hospitals in Germany, for example, most long-stay patients with GI disorders are those with chronic liver diseases or GI tract malignancies at various stages. Therefore, as shown by a recent survey in Germany,1 the majority of hospital-based gastroenterologists also administer chemotherapy to their patients.

Gastrointestinal Oncology – A Field on the Move

GI oncology has made tremendous progress since Heidelberger et al. discovered fluorouracil (5-FU) in 1957.2 Over the next three decades, GI oncology was mainly related to 5-FU, its modes of application and its combinations with other agents to enhance its efficacy. Thus, for a long time, the treatment of GI cancers was neither highly complex nor extremely challenging. Consequently, there was not much competition in that field. In some European countries such as Belgium, France and Germany, anticancer treatment for patients with GI tumours was administered by those who were involved in treating those patients – that is, surgeons, radiotherapists and gastroenterologists. This led to the tradition of GI oncology being part of gastroenterology, which is reflected in everyday clinical practice and in the training of medical students. There is a striking similarity to other specialties, such as pneumology, urology and gynaecology, where specialists also treat patients with malignancies in their respective fields. However, in other European countries such as the UK, GI oncology has always been a part of medical oncology and, to date, gastroenterologists have not been involved in the systemic treatment of patients with malignancies of the GI tract.
When the range of treatment options for GI tumours substantially increased over the past 10 years with the advent of novel chemotherapeutic agents and in particular of targeted therapies, i.e. antibodies and small molecules – the treatment of these malignancies became more interesting to a wider community of oncologists. Prime examples of such targeted agents are imatinib for the treatment of GI stromal tumours and anti-epidermal growth factor receptor or anti-vascular endothelial growth factor antibodies, which are now established treatments for colorectal cancer.3 However, many gastroenterologists also became interested in these novel treatment options because they had experience in using targeted therapies such as monoclonal antibodies, for example as therapeutic agents in IBD.

Gastroenterologists are often the first ones to diagnose a GI tumour using endoscopy. In many cases, they also treat GI tumours endoscopically – for example, by endoscopic submucosal resection. Gastroenterologists are routinely involved in the palliative care of patients with GI tumours. They provide nutrition support (for example, by percutaneous enterogastrostomy) or other palliative care treatments (for example, the stenting of stenoses in the GI tract). The continuum of care provided by gastroenterologists for patients with GI malignancies makes them suitable care providers for the systemic treatment of GI malignancies. An example of this is pancreatic cancer: the gastroenterologist can perform early diagnosis of potential bile duct stenosis by ultrasound, apply bile duct stents if necessary and administer chemotherapy. This helps avoid treatment interruptions due to a delayed diagnosis of cholestasis. In the case of HCC, the gastroenterologist is trained to treat the condition as well as the underlying cirrhosis, which most patients have. This is important because patients with liver cirrhosis frequently present with serious complications that require appropriate management.
Apart from the clinical aspects, gastroenterologists are also the driving force in the development of novel treatment strategies in GI oncology. This is reflected in the important contributions gastroenterologists have made to the basic science of GI oncology, the large number of clinical trials they conduct4 and the prominent role they play in national and international study groups that produce guidelines and recommendations in that field.5–8

The Gastroenterologist in Gastrointestinal Oncology – Friend or Foe of the Medical Oncologist?

The increasing activity of gastroenterologists in GI oncology has not gone unnoticed by medical oncologists, and some may consider it as unwanted or unjustified competition for patients. Such a point of view, however, would be more an emotional reaction than one based on hard facts. Despite increasing efforts all over Europe to improve screening for GI malignancies, the burden of digestive cancer is set to increase in the near future because many European countries have ageing populations.9 In addition, in many European countries, the total number of specialists in GI oncology does not meet demand, particularly in more rural areas. Furthermore, in some countries such as Germany, medical oncology is not a separate speciality. In countries where medical oncology is an established speciality, however, changes are occurring that are leading to further specialisation. Oncologists who treat, for example, breast, lung or prostate cancer are becoming less involved in the care of patients with GI malignancies and vice versa. This development is largely due to the fact that the field of medical oncology is developing at such a fast pace that it is becoming increasingly hard to keep track of all the developments in all areas. Furthermore, the success of some cancer treatments is making an increasing number of malignancies more like chronic diseases, even at an advanced stage.10 This is a fortunate development, but also one that generates more work for the healthcare professionals who take care of the patients.

Gastrointestinal Oncology – A Subspeciality of Gastroenterology?

Of course, just like a medical oncologist cannot be a specialist in all areas, a gastroenterologist cannot be a high-level endoscopist, an experienced hepatologist, an expert in IBD and a leading GI oncologist all at the same time. Nevertheless, the authors would advocate for GI oncology to become part of the general training programme for gastroenterologists, which is already the case in Germany.
In Germany, the training programme for gastroenterologists starts with three years of training in general internal medicine – the so-called common trunk. Trainees then advance to three years of gastroenterology training. During that period, they have to acquire knowledge, experience and technical expertise in the medical treatment of GI tumours, including tumours of the hepatobiliary tract, and this comprises selecting the appropriate treatment strategy, applying it and managing potential complications. Of course, the training only provides the basic skills, which need to be extended after completion, given that there is a speciality in digestive cancer. In 2003, the German Society for Digestive and Metabolic Diseases set up a special certificate in ‘oncological gastroenterology’, which takes into account the recent developments in GI oncology, as well as the fact that treating digestive cancers nowadays requires an interdisciplinary approach. Part of the certificate involves two one-week courses, during which the whole spectrum of GI malignancies is covered including genetics, pathology, surgery, oncology, gastroenterology, nuclear medicine, radiotherapy, radiology and nutrition.
The trend towards increasing specialisation will challenge our conventional understanding of a medical speciality as a closed entity with defined borders. This will increasingly lead to an interdisciplinary cooperation of dedicated experts within a specific area. The recently founded European Society of Digestive Oncology (www.esdo.eu) meets this requirement at an organisational level by being a platform for all specialities involved in the care of patients with digestive cancer.
In the near future, it seems likely that there will be GI oncologists who have gained specific qualifications but enter the field from various backgrounds – for example, from medical oncology, gastroenterology or surgery. Current training requirements for gastroenterologists entering GI oncology, for example from France or Belgium, can be used as models for such a ‘GI oncologist’ track at European Union level (see proposal in Figure 1). A similar set-up is likely for endoscopists actively involved in NOTES and for visceral surgeons.
In 2008, in a paper entitled ‘Oncology training for the gastroenterologist: a test-case for subspecialization in gastroenterology?’, Terdiman11 proposed that, even in the US, gastroenterologists should rethink their role in the management of GI tumours. If we face the challenges and opportunities that GI oncology brings for gastroenterologists, then we will meet the expectations of our young trainees, of our professional bodies and, most importantly, of our patients. ■ 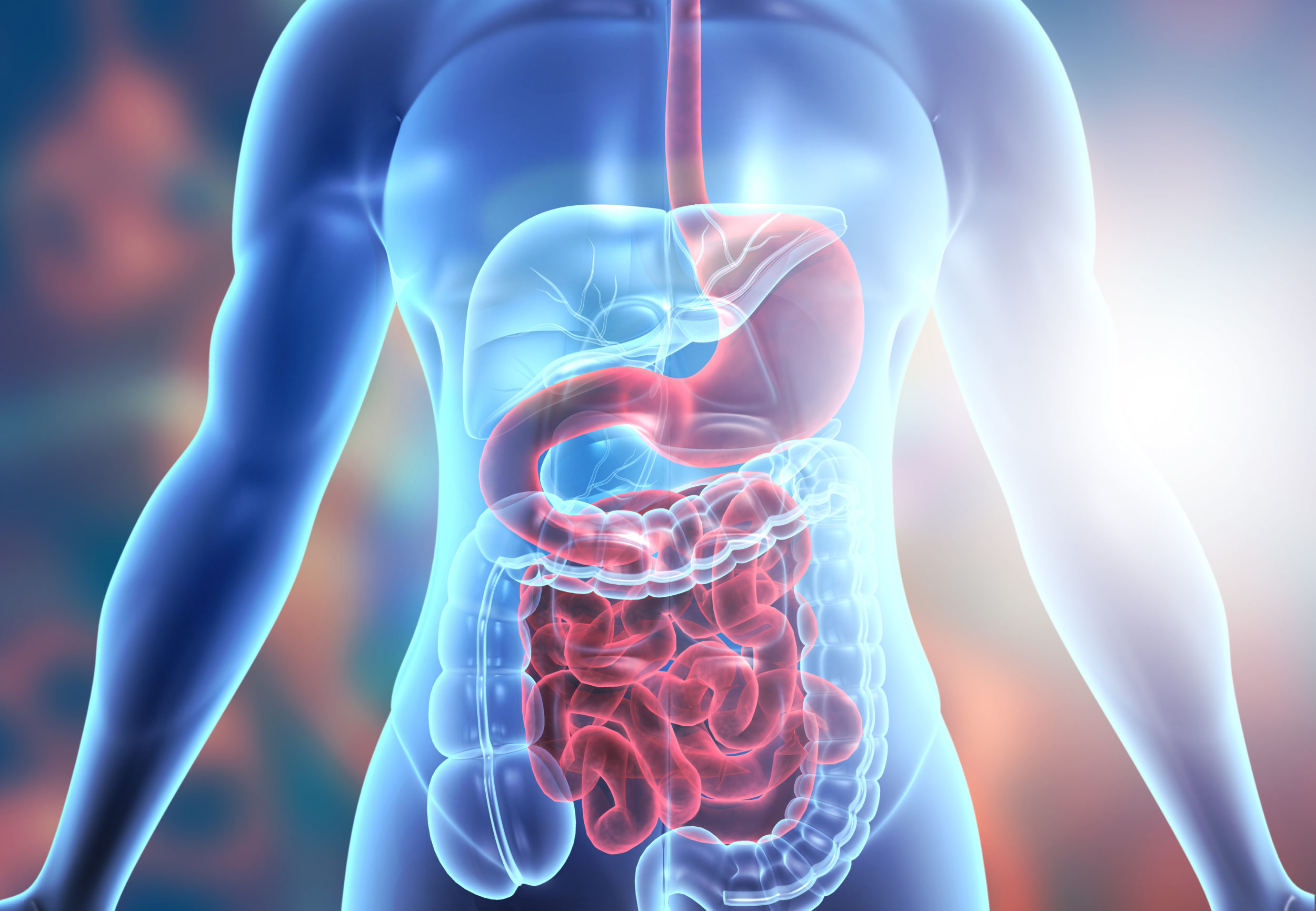 Gastrointestinal stromal tumours (GISTs) are the most common mesenchymal tumours of the gastrointestinal (GI) tract, accounting for 0.1–3.0% of all GI malignancies, and 80% of all GI sarcomas.1–5 While GISTs can occur throughout the entire GI tract, with similar male/female incidence, 60% of cases usually present in the stomach, and about 30% in the small […]

Nivolumab for the Treatment of Esophageal Squamous Cell Carcinoma

Esophageal cancer is the seventh most common malignancy and the sixth leading cause of death from cancer worldwide.1 The main histological subtypes are esophageal squamous cell carcinoma (ESCC) and esophageal adenocarcinoma. ESCC is the most common subtype, and the frequency of this disease is highest in Eastern Asia and Eastern Africa.2 In Western countries, however, the incidence […]

Welcome to the summer edition of European Oncology & Haematology. The COVID-19 pandemic has had a devastating impact on cancer and other illness care. In addition to the heightened susceptibility of patients with cancer to infections, lockdown has resulted in delayed screening and reduced treatment of early-stage disease. However, things are starting to move in the […]