Peritoneal surface malignancy (PSM) is a clinical entity with an unfavourable prognosis that characterises the evolution of neoplastic diseases from the abdominal and/or pelvic organs, and could also be the terminal stage of extra-abdominal tumours.1 3 Examples of diseases that can spread mainly within the peritoneal cavity include appendiceal tumours, ovarian cancer, colorectal cancer, abdominal sarcomatosis, gastric cancer and peritoneal mesothelioma.

Loco-regional therapy is defined as the combination of cytoreductive surgery (CRS) and hyperthermic intraperitoneal chemotherapy (HIPEC). The rationale of this combined therapy for PSM is based on the fact that this clinical entity remains confined to the peritoneal cavity for most of its natural history. This pattern of spread would seem to indicate the potential usefulness of selectively increasing drug concentration in the tumour-bearing area by direct IPEC instillation.4

The Rationale for Hyperthermic Intraperitoneal Chemotherapy
The drug concentration attainable through an IPEC instillation approach allows the intrinsic or acquired drug resistance to be overcome, simultaneously minimising the systemic toxicity. Loco-regional drug delivery under hyperthermia offers several advantages over the same procedure performed at normal temperature. At 40 42ºC, neoplastic cells become more chemosensitive due to an increase in the intracellular concentration of drugs and in their activation process especially for alkylating agents as well as to alterations in the DNA repair process.5,6 Formation of platinum DNA adducts after cisplatin exposure is enhanced and/or adduct removal is increased in heated cells, resulting in relatively higher DNA damage.7 Table 1 summarises the most common drug association used in HIPEC.

Cytoreductive Surgery
Each procedure that composes the peritonectomy technique to achieve radical re-section of the tumour (see Figure 1) through CRS has a clearly defined orderly sequence of surgical manoeuvres. One or more of the following steps can be performed depending on the extension of primary surgical staging or disease extension at the time of laparotomy in order to achieve optimal residual status:

The Device
HIPEC requires the employment of lung heart machine, which comprises a roller pump, a thermostat, a heat exchanger and an extra-corporeal circuit. The perfusate flow is controlled and the heat exchanger adjusts the temperature of perfusate by circulating water at the desired temperature in the arterial phase of the circuit. The extra-corporeal circuit consists of interconnected tubes that have: a) an input section (inflow); b) an output section (outflow); c) an axis of rapid filling up; d) a central body connected to a filter; e) a de-flow section; and f) a series of multiperforated catheters in their extremities. The device should be approved by CE accreditation. Several centres are currently using the Performer LRT®.

The Perfusate
The perfusate, which is the liquid filling the circuit, could be of various types: peritoneal dialysis solution;8 physiological solution;9 or a composition of Normosol solution R pH 7.4 associated with Haemagel (in the proportion 2:1).10 The recommended type of perfusate is isotonic salt solutions and dextrose solutions.11

Modalities of Execution
The available modalities of execution are open, closed abdominal or semiclosed techniques.12 15 In the closed technique, the skin of the abdominal wall is temporarily closed with a running suture and the Tenckhoff catheters are connected to the circuit in order to initiate the HIPEC.16 In the open modality, also known as the Coliseum technique,17 the abdomen is covered with a plastic sheet and drug vapour is evacuated to protect the operating room personnel. The catheters are connected to the extra-corporeal circuit and the pre-heated polysaline perfusate containing the drug combination is instilled in the peritoneal cavity using the heart lung pump at a mean flow of 600 800ml/min for 60 90 minutes in order to achieve an intra-abdominal temperature of 42.5ºC.

State of the Art – Indications and Results of the Treatment
Table 2 provides information regarding the indications of CRS and HIPEC.

Recent advances in the systemic treatment of advanced and/or metastic colorectal cancer – with the introduction of oxaliplatin/irinotecan associated or not with biological therapies – have allowed the achievement of median survival of up to 20 months.18 However, these favourable results should not be expected for patients with peritoneal carcinomatosis, as this subset of patients represents a minority of the population deemed as advanced and/or metastatic cases in the main studies.

A systematic review of relevant studies on CRS with early peri-operative IPEC before March 2006 has recently been published.19 Two randomised controlled trials, one comparative study, one multi-institutional registry study and the 10 most recent case-series studies were evaluated. The median survival of patients treated by CRS associated with early perioperative IPEC varied from 13 to 29 months, and five-year survival rates ranged from 11 to 19%. Patients who received complete cytoreduction benefited most, with median survival varying from 28 to 60 months and five-year survival ranging from 22 to 49%. The overall morbidity rate varied from 23 to 44% and the mortality rate ranged from 0 to 12%. The authors concluded that the current evidence suggests that CRS combined with peri-operative IPEC is associated with improved survival compared with systemic chemotherapy for peritoneal carcinomatosis from colorectal carcinoma.

Gastric Cancer
In 2004, gastric cancer was the fifth most common form of cancer (171,000 cases) and the third most common cause of death due to cancer (137,000 deaths) in Europe. A meta-analysis has recently been conducted involving 10 randomised controlled trials in which patients with gastric cancer were randomly assigned to receive surgery combined with IPEC versus surgery without IPEC.20 A significant improvement in survival was associated with HIPEC alone (hazard ratio (HR) 0.60; 95% confidence interval (CI) 0.43–0.83; p=0.002) or HIPEC combined with early post-operative IPEC (HR 0.45; 95% CI 0.29–0.68; p=0.0002). The authors concluded that HIPEC with or without early post-operative IPEC after re-section of advanced gastric primary cancer is associated with an improved overall survival. Ovarian Cancer
Ovarian cancer – with an incidence of 44,000 cases a year in Europe in 2004 – remains the most lethal of all gynaecological malignancies, being responsible for about 50% of all deaths from female genital tract cancer.21 A recent systematic review of 14 studies published in the English literature evaluating the effects of CRS+HIPEC in patients with ovarian cancer has been carried out.22 Seven studies showed that patients with complete cytoreduction had the greatest benefit. Median overall survival for primary and recurrent disease ranged from 22 to 54 months, and median disease-free survival from 10 to 26 months. The rates of significant morbidity associated with this combined treatment were low, ranging from 5 to 36%. The median mortality was 3% (range 0–10%). Cytoreductive surgery combined with heated IPEC is a treatment option for patients with ovarian cancer that is worthy of further investigation. The Italian Society of Integrated Loco-regional Therapy (SITILO) is conducting a prospective multicentre randomised study to test the effectiveness of secondary CRS associated with HIPEC in patients with epithelial ovarian cancer as second-line therapy.

Appendiceal Mucinous Tumours and Pseudomyxoma Peritonei
A recent published systematic review reported on five observational studies with relatively large series (n?100) in patients affected by pseudomyxoma peritonei (PMP). The median survival after the treatment CRS+HIPEC ranged from 51 to 156 months. One-, two-, three- and fiveyear survival rates varied from 80 to 100%, 76 to 96%, 59 to 96% and 52 to 96%, respectively. Overall morbidity rate varied from 33 to 56%, and overall mortality rates ranged from 0 to 18%. In summary, some promising long-term results were observed compared with historical controls. Due to the rarity of this disease, a well designed, prospective, multi-institutional study would be meaningful.23

Peritoneal Mesothelioma
According to an epidemiological study conducted in six western European countries, projections for the period 1995–2029 suggest that the number of men dying from mesothelioma each year will almost double over the next 20 years, with a total of about a quarter of a million deaths over the next 35 years. This projection has been attributed to the wide use of asbestos in western Europe until 1980; substantial quantities are still used in several European countries.24 Although these projections were calculated for the pleural form of mesothelioma, a similar increase in mortality due to the peritoneal form of the disease could be expected in the next few years.

A recent systematic review evaluated the current evidence for CRS and peri-operative IPEC for diffuse malignant peritoneal mesothelioma (PSM).25 Seven observational studies were available for assessment; these demonstrated an improved overall survival compared with historical controls using systemic chemotherapy and palliative surgery. The median survival ranged from 34 to 92 months. One-, three- and five-year survival varied from 60 to 88%, 43% to 65% and 29% to 59%, respectively. Peri-operative morbidity varied from 25 to 40% and mortality ranged from 0 to 8%.

Figure 1: The Various Phases of Cytoreductive Surgery – the Peritonectomy Procedure

Conclusion
Loco-regional treatment for PSM is attracting increasing interest from the scientific community. The procedure is time- and labour-consuming: the mean duration of the procedure, according to the National Cancer Institute of Milan experience, is nine hours; average duration of hospitalisation is 23 days; and mean cost is €30,000. The institution of a programme in PSM requires not only highly specialised human resources but also complex technological facilities. At least 130 active centres in western Europe have already set up such a programme for PSM. However, each centre is able to perform no more than 50–60 procedures per year due to its complexity.

Considering the projected constant increase of the prevalence of diseases treatable by the procedure, more centres should be activated. In this sense the establishment of clear policy and scientific guidelines is mandatory in order to allow clinicians to perform CRS+HIPEC safely, minimising treatment-related morbidity and mortality and maximising results in terms of survival and quality of life. 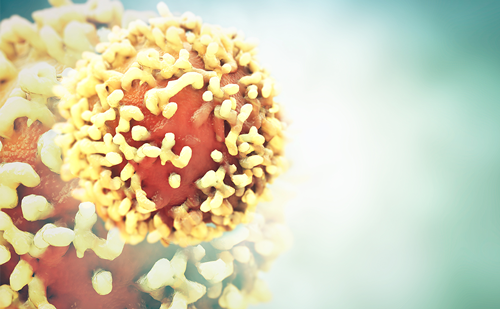 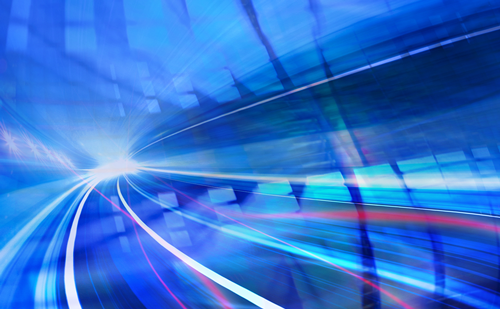