The quotation comes to our mind as, at the time of writing, we reflect at the end of the second year of implementation for Europe’s Beating Cancer Plan1 and the EU’s Research Mission on cancer2.

Seeds have not only been planted, but some are even bearing shoots.

Never before has cancer been able to benefit from such a high priority of attention by the European Union. But with this attention come new responsibilities and duties for all of us in the European cancer community to turn political interest into practical improvement.

So it is, that as an ever-growing number of EU funded calls for proposals are published, and Joint Actions and tenders are issued and awarded, many of our organisations find ourselves in the new position of not simply asking for certain cancer policies, but now actively implementing them. Be that, as some examples:

So the determination of whether or not  Europe’s Beating Cancer Plan and the EU Research Mission on cancer will be judged a success or not, will be judgement not only upon the EU and European Commission, but also the European level cancer stakeholder organisations charged with conducting its implementation.

That’s a responsibility the European Cancer Organisation and its members take most seriously.

Yet it also makes it incumbent to point out when there are systemic barriers getting in the way of us fulfilling those responsibilities. Sometimes that relates to disconnect between the EU cancer policy agenda, and those of individual governments. An example is achievement of the EU goal of HPV cancer elimination if some countries continue to pursue policies of only vaccinating one gender.

It will come as no surprise that, during these times of economic uncertainty and inflation, funding mechanisms are ar problematic topic in the EU cancer policy implementation story. By unfortunate historic precedent, the primary “EU4Health1” funding tool of Europe’s Beating Cancer Plan is governed by legislation demanding that all funded projects be ‘co-funded’. This is normally conducted on a 60:40 ratio, meaning that the funded body or consortium must find the remaining 40% of funds required to complete the budget. This was designed for times past when EU health funding supported conferences and other smaller scale initiatives. When the funding tool is to be used for 10m EUR pan-European implementation projects, those 4 m EUR funding gaps become a significant impediment. No cancer organisation in Europe is able to plug funding holes of this size, especially after the damage to so many NGOs’ financial standing as a result of the Covid-19 pandemic.

So our best diplomatic efforts are presently being conducted to identify solutions. We invite any and all to learn more, and even signal support via our campaign page: https://www.europeancancer.org/co-funding-model-concern

Our other hope is that at some point there could be investigation and action on reducing so much of the bureaucracy associated with applying for EU funding. Any application requires enormous investment of person hours to complete arduous forms in a single stage format. It is little wonder then that we regularly meet so many prospectively interested organisations who decide against application. Yet sadly, these are often the very people one would ordinarily want to be applying. Small associations taking a stand for neglected policy topics. Institutions from lesser resourced healthcare systems. People with energy and bright ideas, but without well-staffed form filling departments.

But we suppose one must always be cautious in expecting too many wishes to come true. In spite of obstacles, we remain confident that with the help of the army of volunteers and experts from European cancer organisations, the mission to prove the success of EU level cancer policy will be attained, and foundations created for yet greater ambitions to come. 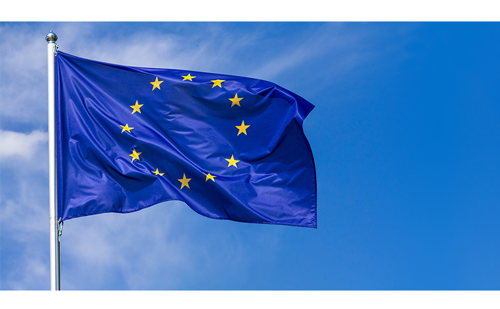 “If you want something you never had, you have to do something you’ve never done.” So, reputedly, said a Mr Thomas Jefferson, in a different age and in a different place, but the advice remains timeless. The quotation comes to our mind as, at the time of writing, we reflect at the end of the […]