As we have experienced before, the diagnostic and therapeutic landscape is transient and rapidly evolving, especially in regards to advanced prostate cancer (PC). As practical clinicians and care providers we must not just stay in touch with the latest developments in the field but anticipate the needs of our clientele and patients. This editorial will provide a brief summary of the latest ground-breaking developments with clinical impact in the field of prostate cancer.

In the field of detection and imaging, multiparametric-prostate magnetic resonance images (MP-MRI) were re-interpreted with the Prostate Imaging Reporting and Data System (PIRADS) V.2 and correlated with the eventual histo-pathological finding(s) in 68 patients undergoing either transrectal ultrasound (TRUS)-guided biopsy or radical prostatectomy after the MP-MRI. The findings of this study suggest that a PIRADS score of 4 or 5 correlated significantly with the detection of prostate cancer and grade. Thus, utilising this score could lead to higher and more accurate diagnosis of clinically significant prostate cancer. Even though a clear distinction between high and low grade prostate cancer cannot be made by the PIRADS V.2 scoring, this can be helpful in the process of active surveillance and the decision making towards required treatment.1

It has been noted that better outcomes in PC can be achieved through anti-androgen therapy (aAT) combined with salvage-radiotherapy (sRT) after radical prostatectomy (RP). A recently published doubleblind phase III study randomised a total of 761 patients after RP with either pT3pN0 or pT2pN0 and positive surgical margin into two groups either receiving sRT plus placebo (384 patients) or sRT plus aAT (377 patients receiving bicalutamid 150 mg/d for 24 months). Two hundred and forty-eight patients (33%) have had a pT2pN0 and 513 (67%) a pT3pN0 postoperative tumour stage. Six hundred and seventy-one (88%) had a prostate-specific antigen (PSA) nadir after RP of less than 0.5 ng/ml. Most patients having an entry PSA of smaller than 1.5 ng/ml and 112 patients with an entry PSA of 1.6-4 ng/ml. Median follow up time was 12.6 years. Actuarial overall survival at 10 years was 82% for sRT plus aAT and 78% for sRT plus placebo and a hazard ratio of 0.75 (confidence interval [CI]: 0.58-0.98, 1-sided p=0.018). The 12-year incidence of PC central-reviewed deaths were 2.3% for sRT plus aAT and 7.5% for RT plus placebo (p< 0.001). The cumulative incidence of metastatic PC at 12 years was less in the RT plus aAT arm, 14% (51 patients), versus 23% (83 patients) in the RT plus placebo arm (p<0.001). Late grade III and IV toxicity were similar in the aAT and placebo arms. Gynecomastia differed significantly by treatment arm, 70% versus 11%.2In conclusion sRT plus aAT after RP significantly improved the overall long term survival and reduced the number of prostate cancer associated deaths, especially in the subgroup of patients starting with a PSA >2 ng/ml. These results should be used for further decision making, not just due to the aspect of a decent cohort size, rather than a long follow up.

When it comes to treatment of metastatic castration-resistant PC (mCRPC), clinicians often have to decide which systemic therapy to choose for their patient. A new meta-analysis of randomised controlled trials presented at the 2016 GU-ASCO meeting compared the side effects of abiraterone acetate in combination with 5 mg twice daily (BID) prednisone and enzalutamide. All phase III trials listed on Medline from 1966 till July 31, 2015 as well as abstracts presented at ASCO meetings from 2004 to 2015 were selected. The risk of adverse events was compared by performing two metaanalyses: abiraterone-prednisone versus placebo-prednisone (2,283 patients) and enzalutamide versus placebo (2,914 patients). The analysis resulted in a significantly higher association for cardiovascular events (all-grade, risk ratio (RR) 1.28 – 95% CI 1.06–1.55) in the abiraterone cohort, whereas enzalutamide showed increased risk of fatigue (RR 1.29 – 95% CI 1.15–1.44).3 Moreira et al. showed that there are relevant, but rather drug-dependent side effects associated with aAt. It might be concluded that the decision, which drug to choose for your patient, is dependent on comorbidities and specific patient profile and should be evaluated and discussed with the patient prior to prescription.

A growing number of treatment options exist to treat mCRPC, and with these newer options many questions about optimising treatment remain unanswered. One recommendation that may potentially be overlooked by practitioners is that androgen deprivation therapy (ADT) should be maintained when mCRPC develops and when treatment with any of the newer agents is initiated.4 A mechanism allowing mCRPC cells to escape the effects of conventional anti-hormonal treatments is the synthesis of constitutively active, C-terminally truncated androgen receptor (AR)- variants. Lacking the entire or vast parts of the ligand binding domain, the intended target of traditional endocrine therapies, these AR-variants (termed ARΔLBD) are insensitive to all traditional treatments including second generation compounds like abiraterone, enzalutamide or ARN- 509. However, to emphasise the current European Association of Urology (EAU) 2016 prostate cancer guideline recommendation,5 it is valuable to interrogate the evidence for maintaining ADT in different clinical situations, a recommendation exists that ADT should be continued in mCRPC.

Over the next few years further questions will have to be answered in order to set standards on disputed topics. New clinical studies are underway to determine if RP prolongs survival in case of bone metastases. The so called g-RAMPP-study (NCT02454543) is a Germany-based multicentre study trying to determine if medical standard therapy with or without RP is more effective in patients with bone metastases.6

Enzalutamide and abiraterone have established themselves as the mainstay in the management of mCRPC. Though some patients do not benefit from these agents, which was recently linked to resistance to these drugs, facilitated through the androgen receptor AR-V7 and the lack of a ligand-binding domain.7 Further work needs to be done to establish a new line of therapy and routine diagnostic in the clinical environment for patients at risk and develop methods to predict response.

Martin JP Hennig, Nils Gilbert and Axel S Merseburger have nothing to disclose in relation to this article. No funding was received in the publication of this article. This article is a short opinion piece and has not been submitted to external peer reviewers.
Authorship: All named authors meet the International Committee of Medical Journal Editors (ICMJE) criteria for authorship of this manuscript, take responsibility for the integrity of the work as a whole, and have given final approval to the version to be published.

touchREVIEWS in Oncology & Haematology. 2022;18(1):Online ahead of journal publication

Prostate cancer is one of the leading causes of cancer death worldwide.1 However, the emergence of novel hormonal therapies and the increasing availability of sensitive next-generation imaging techniques, such as gallium-88 prostate-specific membrane antigen (PSMA)-targeted positron emission tomography (PET), has transformed the management of advanced prostate cancer. Numerous agents, including abiraterone, enzalutamide, apalutamide, darolutamide, docetaxel, cabazitaxel, […] 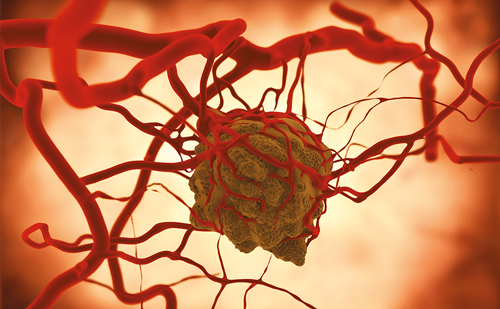