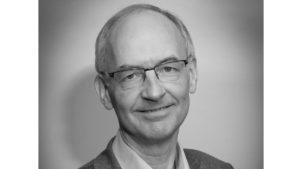 Maurice Pérol, M.D., was Associate Professor of Pneumology and Head of the Department of Thoracic Oncology at the Croix-Rousse University Hospital in Lyon, France from 1993 until 2011. In 2011, he joined the Medical Oncology Department of Léon Bérard Cancer Center in Lyon, in which he is responsible for Thoracic Oncology. His fields of scientific work include clinical phase I, II and III studies in lung cancer, especially in advanced non-small cell lung cancer; this work involves being a principal investigator or key investigator in several French or international cooperative studies. Of note, he was the principal investigator of the IFCT-GFPC 0502 maintenance French study which involves more than 70 centers in France and the co-principal investigator of the international REVEL phase III study assessing ramucirumab in second-line treatment of NSCLC. He is an active member of many scientific societies, including ASCO, IASLC and ESMO, and collaborative groups. He was the Chairman of the Groupe Français de Pneumo-Cancérologie (GFPC) from 1998 to 2002 and Executive Board member of the French Cooperative Group of Thoracic Oncology “Intergroupe Francophone de Cancérologie Thoracique” (IFCT) from 1999 to 2003; he is member of the IFCT Scientific Board since 2003. He is the author or co-author of more than 140 publications in peer-reviewed journals.

This year has been mainly marked by the advent of immune checkpoints inhibitors (ICIs) as the cornerstone of first-line treatment for stage IV non-small cell lung cancer (NSCLC) without targetable oncogenic addiction, either with pembrolizumab as a single agent for PD-L1 ≥50% NSCLC, or in combination with chemotherapy regardless of PD-L1 level of expression. The long term results of phase I/II and phase III assessing ICIs in pre-treated patients also confirmed the possibility to achieve long term response and prolonged survival for patients with advanced NSCLC, which was difficult to imagine five years ago.

For NSCLC, depending on a targetable genetic alteration, osimertinib is now the standard of care in first-line for EGFR mutated advanced NSCLC, while combinations of first-generation with antiangiogenic agents or chemotherapy create opportunities to further improve the treatment results. The development of specific inhibitors for rare genetic alterations like RET rearrangement, or MET exon 14 mutations will probably lead to look for more genetic alterations at baseline.

For earlier stages of the disease, after the definition of a new standard of care for stage III disease with durvalumab consolidation after chemoradiation therapy, ICIs are now assessed both in adjuvant and neoadjuvant setting for surgically resectable disease. Preliminary results for pre-operative treatment with ICIs alone or in combination with chemotherapy are very impressive and may lead to a new standard of care in the next future.

What have been the major breakthroughs and data?

The updated survival results of the CheckMate 017 and 057 trials comparing nivolumab to docetaxel in squamous and non-squamous carcinoma, respectively, show that a survival plateau around 14% at 5 years is achievable in advanced NSCLC. However, the long term results of the KEYNOTE 001 phase I trial of pembrolizumab clearly suggest that pembrolizumab must be preferably used in front-line therapy rather than in patients pre-treated with chemotherapy. Front-line use of anti-PD(L)-1 agents forms now the backbone of advanced NSCLC treatment; patients with tumours expressing PD-L1 in more than 50% of tumour cells can be treated with either pembrolizumab or chemotherapy – anti-PD(L)-1 combinations while for patients with tumours harbouring low or no PD-L1 expression, the combinations of platinum-based chemotherapy and anti-PD(L)-1 are the standard of care. The Keynote 407 trial was the only positive trial in stage IV squamous cell carcinoma, demonstrating a significant OS benefit with the addition of pembrolizumab to chemotherapy, irrespective of PD-L1 level of expression.

The OS results of CheckMate 227 trial were released at European Society of Medical Oncology (ESMO) meeting and simultaneously published, showing a survival benefit for the combination of ipilimumab and nivolumab in comparison with first-line chemotherapy in PD-L1 positive stage IV NSCLC (at the cut off of 1%); unexpectedly, an exploratory analysis in PD-L1 negative tumours also revealed a clear OS advantage for ipilimumab-nivolumab combination. However, addition of low dose ipilimumab to nivolumab significantly increased the frequency of immune-related AEs. The room for this combination of anti-CTLA-4 and anti-PD-1 in first-line treatment of advanced NSCLC remains debatable as neither PD-L1, nor tumour mutational burden appeared as reliable predictive biomarkers for OS benefit.

In oncogene-addicted advanced NSCLC, the overall survival (OS) results of the FLAURA trial comparing in case of EGFR mutation third generation EGFR tyrosine kinase inhibitor (TKI) osimertinib to first-generation erlotinib or gefitinib showed the translation of the PFS gain to a significant OS benefit with an improvement of median OS by approximately 7 months, defining a new standard of care. Interestingly, the preliminary results of the KRAS G12C mutations inhibitor AMG 510 were very promising in terms of response rate and tolerance for heavily pre-treated patients; these results lead to expect significant advances for the first time in KRAS G12C mutated NSCLC, representing approximately 13% of adenocarcinoma in Western countries. Finally, other rare targets also benefit from the development of specific new generation active inhibitors, like praseltinib or selpercatinib for RET rearranged tumours, tepotinib or capmatinib for NSCLC with MET exon 14 skipping mutations, entrectinib for ROS1 rearranged NSCLC.

In extensive stage of SCLC, the Caspian trial assessing the addition of the anti-PD-L1 durvalumab to platinum-etoposide backbone chemotherapy achieved very similar results to those of the IMPower 133 trial with atezolizumab, with a small but significant OS benefit. Unfortunately, no biomarkers are able to identify patients benefiting from immunotherapy in combination with chemotherapy. Nevertheless, both phase III studies improve the outcome of SCLC patients for the first time since more than 20 years.

How will these impact the future?

The proportion of patients with non-squamous advanced NSCLC depending on a targetable genetic alteration is increasing, leading to consider frontline NGS testing with technology allowing in the same time to identify targetable mutations and rearrangement. The level of activity of new generation TKIs make them likely superior to chemotherapy, even to chemotherapy + immunotherapy in first line setting, needing to get a complete picture of the genetic profile of the tumour. Liquid biopsies will be helpful to monitor response and resistance to these new targeted therapies.

What are the current hottest topics, and what do you hope to see in 2020?

We have to be attentive to the updated OS results of the chemotherapy-immunotherapy trials to see if cytotoxic chemotherapy is really able to increase the proportion of patients with a long-term benefit from immunotherapy. In this field, the issue of predictive biomarkers beside PD-L1 expression remains one of the most unmet need in order to move to more personalised immunotherapy. The changes in the first-line treatment algorithm will also impact the second line therapy with the main issue lying in how to manage resistance to immunotherapy, and how to further adapt the second line treatment to the knowledge of these resistance mechanisms.

The next frontier of immunotherapy will probably concern early stages of NSCLC with a clear potential to improve the outcome of patients benefiting from surgery, especially in the neoadjuvant setting with the possibility to increase the rate of major pathological responses.

Please provide a brief summary of your current research.

We are now working on a clinical validation of ctDNA at baseline as a tool to reduce the delay between the first patient visit and the initiation of an appropriate treatment. Genomic testing on tissue is time consuming (delays linked to biopsy and next generation sequencingtesting) and the necessary information to start a personalised treatment can be faster obtained by performing an immediate liquid biopsy. This is especially important in stage IV NSCLC which is often rapidly growing and symptomatic. The LIBELULE phase III randomised trial aims to demonstrate a significant reduction in the time to treatment start with the use of ctDNA performed once the first visit.

Support: No funding was received in the publication of this Insight article.