Chronic lymphocytic leukaemia (CLL) is the most frequent type of leukaemia in the Western world and is characterised by a highly variable clinical course. As noe of the currently available conventional treatment options can offer a cure, therapeutic procedures have traditionally been aimed at palliation and were instituted only for advanced stages or symptomatic disease.

Some patients suffer from organomegaly, cytopenia or B-symptoms at diagnosis, or soon thereafter, necessitating therapy. Others have no or minimal signs and symptoms during their entire disease course and have a survival time similar to agematched healthy individuals. Over the recent years, innovative and highly effective approaches such as antibody-chemotherapy and targeted therapy have been developed. Modern treatments can induce remission rates in over 90% of CLL patients and result in median survival time estimates of approximately 10 years.

Some patients are primary refractory or develop treatment resistance during the course of the disease, a situation with a particularly poor prognosis and median survival times in the range of only one year.

Over the recent years, there has also been dramatic progress in our understanding of molecular pathogenesis and outcome prediction in CLL. Genetic parameters such as genomic aberrations (11q-, 17p-), the mutation status of the variable segment of immunoglobulin variable heavy chain (VH) genes and surrogate markers (CD38, ZAP-70, LPL) provide prognostic information for individual patients independently of clinical disease characteristics.

Risk-stratification in CLL
The standard clinical procedures to estimate prognosis in CLL are the staging systems developed by Binet and Rai.1,2 There is heterogeneity in the course of the disease between individual patients within a single stage group. Other markers, such as clinical parameters (age, lymphocyte doubling time), the serum levels of beta 2-microglobuline or thymidine kinase3,4 and genetic markers of the tumour cells, such as genomic aberrations,5 gene abnormalities (p53, ataxia telangiectasia mutated (ATM) kinase) and the VH mutation status can refine outcome prediction as they may give prognostic information independently of the stage of the disease.6 Genomic aberrations can be identified in about 80% of CLL cases.5 Specific aberrations, such as a deletion 17p- or 11q-, are associated with aggressive disease as evidenced by rapid progression, resistance to treatment (17p-) and short overall survival. Other important molecular genetic parameters to dissect pathogenic and prognostic subgroups of CLL are the mutation status of the VH genes and its surrogate marker ZAP-70.

While CLL with unmutated VH and high ZAP-70 expression follows an unfavourable course with rapid progression, CLL with mutated VH and low ZAP- 70 expression often shows slow progression and long survival. Based on VH mutation status and genomic aberrations, patients can be assigned to risk groups with markedly differing survival probabilities6 (see Figure 1). Discordance of ZAP-70 and VH mutation status is observed in 10 25% of cases and may be explained by the presence of additional genetic highrisk features such as 11q-, 17p- or usage of the specific V3-21 gene.7

The molecular prognostic markers such as 11q-, 17p-, unmutated VH and ZAP-70 expression have been identified in retrospective analyses of heterogeneous single-centre patient cohorts and are currently validated in prospective clinical trials. Preliminary data from these trials have led to first concepts of biological risk-stratification in the management of CLL patients.

Standardisation Issues in HER 2 Testing
Accurate HER2 status determination is of critical clinical importance, given that a false negative result denies patients the potential benefits of trastuzumab therapy while a false-positive result unnecessarily exposes patients to the potential toxicity of trastuzumab therapy, including cardiotoxicity. However, standardisation of HER2 status determination has been difficult. This issue was highlighted in a central review of early participants in the recently reported National Surgical Adjuvant Breast and Bowel Project (NSABP) B31 study of adjuvant trastuzumab. Investigators demonstrated that 18% of community-based IHC determinations could not be confirmed by centralised IHC or FISH testing.9 However, the NSABP investigators subsequently demonstrated concordance rates approaching 98% among laboratories performing high volumes of HER2 testing when tumours reported as 3+ by IHC were reanalysed by IHC and FISH at a central NSABP laboratory.10 Consequently, only certified laboratories have been permitted to perform HER2 testing on patients accrued to NSABP adjuvant clinical trials of HER2-targeted therapy. Similarly, the poor concordance of 74% between local and central laboratories for patients enrolling in the Intergroup N9831 adjuvant trastuzumab clinical trial led to subsequent modifications in eligibility.11 The Breast Cancer International Research Group (BCIRG) investigators also demonstrated a 79% concordance rate between outside/local HER2 determination by IHC and centralised determinations by FISH but a 92% concordance rate between outside/local and centralised FISH determinations.12 Consequently, methods for HER2 determination have varied between the pivotal adjuvant trastuzumab studies. The NSABP B31, Intergroup N9831 and HERceptin Adjuvant (HERA) eligibility criteria defined HER2 overexpression as 3+ by IHC or FISH-positive while the Breast Cancer International Research Group (BCIRG) 006 investigators used FISH methodology alone to define eligibility.13,14,15 The clinical relevance of these differences in HER2 determination have not yet been determined.

HER 2 Status as a Predictive Factor
HER2 status is also an important predictive factor, not only for clinical responses to trastuzumab but also for responses to other systemic agents. For example, enhanced sensitivity has been observed in models where trastuzumab is administered in combination with taxanes or vinorelbine.27,28 In a recent study among pre-menopausal women, HER2 over-expression was also associated with increased clinical responsiveness to an adjuvant anthracycline-containing regimen compared with a non-anthracycline regimen.29 This enhanced sensitivity is postulated to reflect co-amplification HER2 and topoisomerase II-alpha, the DNA replication and recombination enzyme targeted by anthra-cyclines.30,31 However, co-amplification studies have not demonstrated consistent results.

HER2 status may also confer important predictive information about response to hormone therapy. For example, HER2-positive breast cancers appear to be relatively resistant to tamoxifen therapy, but not aromatase inhibitor therapy, although again, these studies have not demonstrated consistent results.32-36 However, in one recently reported randomised clinical trial, significant progression-free survival (PFS) benefits were observed with the addition of trastuzumab to anastrazole among postmenopausal women with oestrogen receptorpositive HER2-positive metastatic breast cancer.37 Thus, accurate HER2 determination may have important clinical implications beyond decisions regarding trastuzumab therapy.

Conclusion
HER2 status determination is an integral component of clinical decision-making, not only for decisions about trastuzumab therapy, but also potentially for other systemic and hormonal therapeutic strategies.

However, clinical decisions based on HER2 determination have been complicated by inconsistencies in reporting between laboratories and the variations in HER2 determination methodology between clinical trials. Furthermore, there is no clinical information available on the potential benefit of HER2-targeted therapy among patients with HER2 positive breast cancer by FISH but IHC scores of 0 or 1+. Similarly, there is little information regarding the potential benefit of trastuzumab in patients with FISH-negative but IHC 3+ breast cancers. Furthermore, whether a relationship exists between the extent of HER2 gene amplification or protein over-expression and degree of clinical benefit has not yet been determined. Recently, FISH assays have gained popularity as a result of the growing body of evidence suggesting that HER2 status by FISH may more accurately predict response to trastuzumab-based therapy when compared with IHC determinations. At present, the American Society of Clinical Oncology (ASCO) and National Comprehensive Care Network (NCCN) recommend HER2 testing for all patients with invasive breast cancer.38,39 The NCCN has also developed algorithm-based recommendations for HER2 testing that include FISH confirmation for IHC 2+ determinations at laboratories which meet quality assurance standards for HER2 testing methodology. Certainly, as clinical decisionmaking is becoming increasingly tailored to the individual and the specific biology of their cancer, the clinical relevance and methodology of accurate HER2 determination will continue to be an active area of investigation. 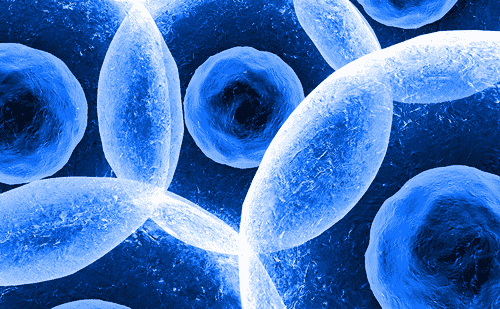