Molecular profiling is today’s answer to the eternal unmet need of personalising anticancer therapy. We have never reached such a level of rationality before, based on new technologies, knowledge of systems biology and insights into patho-mechanisms. Whereas we actually focus mainly on mutations of a limited number of cancer genes, we will also have to integrate epigenetic, transcriptional and post-transcriptional changes into our future therapeutic considerations. Overall, we have reached an advanced level of stratified medicine, but are still on the way of targeting the holy grail of real personalisation.

Molecular profiling is becoming undoubtedly more and more part of the workup of cancer patients. The fact that tumour profiling is not restricted anymore, to be used within the scientific frame to upgrade the level of stratification in clinical trials or to test whether the integration of this methodology, will even allow individualisation of cancer treatment, which makes it necessary to critically define its actual position. Such an attempt of positioning whether, based on its overall scientific accuracy and reliability, its use is justified in the clinical routine is eagerly warranted since it has already been commercially propagated and advertised.

Personalising cancer medicine is a logical path that has been pursued by generations of oncologists. It is based on the trivial finding that individual human beings behave differently in terms of the same pharmacotherapeutic intervention against their similar tumours with regard to histology.

Various methodologies have been developed to individualise anticancer therapy, but none of them, neither the clonogenic assay as published by Von Hoff et al.1 nor the adenosine-triphosphate (ATP)-based chemosensitivity assay (TCA) used by Cree et al.,2 have been proved to generate superior treatment results in comparison to treatment choice based on the respective best available standard.

With molecular profiling, a level of precision medicine has been touched upon that had never been reached before. Nevertheless, the same principal questions have to be asked and confirmed before we are justified to propagate it as the oncologic panacea of the 21st century.

In a first attempt in this direction, Cobo et al.,3 who compared standard treatment with biomarker-based selected chemotherapy in non-small cell lung cancer, only found an advantage for objective response, but not for progression-free and overall survival (PFS/OS).

There are different types of ongoing trials using molecular profiling prospectively. According to Le Tourneau et al.7 they can be subdivided into stratified and algorithm-based ones. The stratified trials are mainly used to test the efficacy of drugs. The patient allocation to the different targeted drugs may be started at random or an adaptive design based on the respective molecular profile may be used upfront. This series of trials have started with the Biomarker-integrated Approaches of Targeted Therapy for Lung Cancer Elimination (BATTLE) initiative at the MD Anderson Cancer Centre in the field of advanced pre-treated nonsmall cell lung cancer and have spread since then with the FOCUS 4 trial to remission maintenance after first-line treatment of colorectal cancer and have embarked on the preoperative, neo-adjuvant setting with the Investigation of Serial Studies to Predict Your Therapeutic Response with Imaging and Molecular Analysis 2 (I-SPY 2) trial in breast cancer. The latter yielded the early assessment of activity of the PARP inhibitor veliparib and of the irreversible HER-2 inhibitor neratinib.

By contrast, histology-stratified or so-called basket trials evaluate a targeted drug in various tumour entities with presence of the respective molecular target. Among them, the basket study testing vemurafenib (VE-BASKET) and the CREATE trial testing crizotinib in various tumours disposing on the V600E BRAFmut and the ALK/MET activation, respectively, are still actively recruiting patients as does the National Cancer Institute – Molecular Analysis for Therapy Choice (NCI-MATCH) initiative, which is not restricting molecular alterations to be tested.

Algorithm-based trials aim to prove that treatment according to the test results of molecular profiling yields better outcome than standard therapy. Two out of three single-arm trials, the study endpoint of which was prolonging the individual PFS reached on the base of molecular profiling versus the individual previous one under standard therapy, have been successfully completed and have shown to be feasible.8,9

However, none of the several prospective randomised trials that represent the only methodologically convincing ones to falsify the hypothesis of superiority has been completed up-to-date. The most advanced of them, the SHIVA-trial, was proved to be feasible,10 many others such as Molecular Profiling based Assignment of Cancer Therapeutics (M-PACT,) MOST, Safir 02, Lung Cancer Master Protocol (Lung-MAP) or Adjuvant Lung Cancer Enrichment Marker Identification and Sequencing Trials (ALCHEMIST) are actively recruiting patients without having provided results as of yet. Only after a positive outcome of these comparative trials, can the question of whether molecular profiling is ready for primetime be affirmed.

The huge technological progress permitted this important step in the direction of personalising anti-tumour therapy. The implementation of techniques such as next-generation sequencing will allow a more adequate patient selection and treatment allocation. Nevertheless, we also have to keep in mind inherent barriers to conquer cancer such as tumour heterogeneity at multiple levels, or phenomena such as clonal evolution withdrawing patients from their previously proved drug sensitivity.

Intra-tumour heterogeneity may be overcome by extensive testing of biomarker panels instead of restricting the analysis to one or a few potential targets only. Secondary resistance should be assessed early by multiple, i.e. repetitive liquid biopsies and molecular imaging. The use of combination therapy should prevent its occurrence and can only be combated with compounds overcoming secondary mutations. Finally, therapy has to be adapted in response to longitudinal profiling. In my eyes, it is already primetime to shift from histology or organ as the common denominator for the development of a new drug for a defined genetic aberration and its gene product, respectively. If a targeted compound is available, concurrently admitting that the context of tissue specificity may be a dominating factor. Only the integration of systems biology can match the complexity of the simultaneous multiple genetic alterations and their exposition to drugs with multiple on-target and off-target effects. Last, but not least, inherent functional variability of cancer cells leading to cancer growth and therapy tolerance has been described recently.11 It is a matter of speculation whether epigenetic therapy, modulation of microenvironment or immunotherapy will be able to overcome this challenge.

Christian Dittrich has no conflicts of interest to declare. No funding was received in the publication of this article. 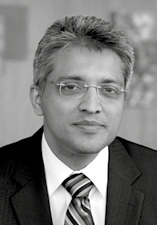 Welcome to the winter edition of touchREVIEWS in Oncology & Haematology. Despite the continued impact of the COVID-19 pandemic on cancer care, 2021 has seen important advances in many areas of oncology, which is reflected in our diverse range of articles. We begin with one of our popular expert interviews, in which Axel Merseburger discusses the […]

Welcome to the inaugral issue of touchREVIEWS in Oncology & Haematology (formerly Oncology & Hematology Review [US]), which aims to summarize the latest clinical data and provide practical advice to help busy physicians in their daily practice. As co-editors-in-chief of this new title, we are excited to bring you a range of interesting and informative […]

Cancer is a growing problem that demands the best from all sectors of the global health workforce.1 Cancer nurses make up the largest proportion of this workforce and, as well as being responsible for direct care delivery, also aim to address the unmet needs of patients and carers, such as the management of side-effects. Nurses care […]