In 1933, cancer researchers recognized a need to share knowledge and expertise globally, and founded the International Union Against Cancer (UICC).1 Since then, the UICC has grown into a respected forum for all cancer professionals. Today, the UICC is the leading international nongovernmental organization (NGO) dedicated exclusively to the global control of cancer.2 Currently, cancer is the second leading cause of death worldwide. Each year, more than 11 million new cases are diagnosed, and more than seven million people die from cancer—over 70% of them in developing countries. In 2020, if current trends continue, new cases will have increased to 16 million per year and more than 10 million people will die from cancer each year.3

Reasons for the growth in cancer incidence and mortality vary from region to region and include demographic changes and increased exposure to such risk factors as tobacco use, unhealthy diet, and physical inactivity. In low- and middle-income countries, a major risk factor is infection with viruses such as hepatitis B virus (HBV), which causes liver cancer, and the human papillomavirus (HPV), which causes cervical cancer. Environmental carcinogens cause 2–4% of all cancer deaths. At least 152,000 cancer deaths are linked to occupational carcinogens. Over 40% of the more than seven million cancer deaths are preventable. Cancer is curable if detected early and treated adequately. This applies in particular to breast and cervical cancer as the technology for screening, diagnosing, and treating is mature. Providing palliative care for all those who need it is an urgent humanitarian responsibility.

Member Organizations
The UICC unites a wide range of organizations, including voluntary cancer societies, research and treatment centers, public health authorities, patient support networks and advocacy groups, and, in some countries, ministries of health. Currently, the UICC has just under 300 members, of which 90 are based in Europe. The UICC helps member organizations to enhance their effectiveness by mobilizing resources and harnessing potential in their communities. It helps new organizations to start up, emerging organizations to consolidate, and mature organizations to maximize their impact. In 2007, the UICC offered individuals the opportunity to participate in the global fight against cancer by joining the new Global Cancer Control Community. In the 21st century, the UICC, while still a science-based organization, is putting greater emphasis on public health and the quality of life of cancer patients.

International Cancer Fellowships
International cancer fellowships provide opportunities for professional development and play a major role in the UICC’s work. The enduring challenge is to equip cancer investigators, clinicians, nurses, and volunteers with the knowledge, skills, and expertise to cope with the cancer burden and to improve the quality of life of cancer patients by implementing evidence-based strategies for prevention, early detection, treatment, and palliative care. Almost 6,000 health professionals have benefited from UICC fellowships since they were established in 1961.

Cervical Cancer
Cervical cancer is the second largest cause of death from cancer in women worldwide. For women in developing countries, it is the biggest cancer killer. Every year, more than 50,000 women in Europe are diagnosed with cervical cancer and 25,000 women die from it. Virtually all cervical cancer is caused by infection with the HPV, the most common viral infection of the reproductive tract. In September 2007, the UICC launched a cervical cancer initiative under the direction of Harald zur Hausen, a pioneer in HPV research. Recognizing that the new HPV vaccines have the potential to prevent cervical cancer on a large scale, the World Cancer Declaration included HPV vaccination in developing countries as a priority action. The UICC subsequently developed a comprehensive approach to cervical cancer prevention and early detection in two papers approved by its Board of Directors.

Tobacco—The Largest Preventable Cause of Cancer
Tobacco use is a major cause of preventable illness and death. In 2005 tobacco killed around more than five million people, of whom 1.5 million died of cancer, including cancers of the lung, mouth, head and neck, kidney, pancreas, bladder, and cervix. As the tobacco industry continues to market its products, consumption in much of the world is still rising. By 2030, tobacco will kill up to 8.3 million people each year, including 2.2 million cancer-related deaths.

The World Heath Organization (WHO) Framework Convention on Tobacco Control (FCTC), the world’s first public health treaty, commits governments to enacting a minimum set of policies that are proved to curb tobacco use, including bans on tobacco advertising, promotion, and sponsorship, clear warning labels, smoke-free policies, and higher prices and taxes on tobacco products. It also encourages international co-operation in dealing with cigarette smuggling and cross-border advertising. The UICC promotes ratifying and implementing the FCTC as an essential step in advancing tobacco control. The UICC’s tobacco control network, GLOBALink, is an online communication tool for more than 6,000 tobacco control professionals, allowing them to exchange information and access specific publications, guidelines, and reports. GLOBALink received the Tobacco or Health Award from WHO in 1997 and the Luther L Terry Award in 2003.

Supporting and Empowering Patients
Patient organizations play an important role in supporting patients and advocating patient rights. In many countries, their efforts have improved access to quality information, care, and services. Reach to Recovery International is a non-medical program co-ordinated by the UICC and designed to give women with breast cancer practical and emotional support and to assist them in their return to health.

Cancer Control Planning
National cancer control plans are based on a systematic review of the cancer burden and scientific knowledge of what has proved effective in reducing it. They provide a framework for cancer control and promote the efficient use of resources. Well-conceived, resource-appropriate control strategies lower cancer incidence and improve the life of cancer patients. However, most countries have yet to begin a systematic planning effort. The UICC has published national cancer control planning resources for its members and other NGOs, who play a critical role in raising national awareness of the problem and developing effective partnerships for planning.

World Cancer Campaign
UICC initiated the World Cancer Campaign to increase awareness of the fight against cancer, which in many countries still takes a back seat to other public health issues. As part of this campaign, the UICC co-ordinates the annual World Cancer Day on 4 February. The campaign is a response to the Charter of Paris adopted at the World Summit Against Cancer for the New Millennium in 2000. This called for “an invincible alliance between researchers, health-care professionals, patients, governments, industry and media to fight cancer and its greatest allies, which are fear, ignorance and complacency.” The UICC launched the ‘My Child Matters’ initiative in 2006 to support children with cancer and their families. In developed countries about 75% of all children with cancer survive, but in developing countries most children do not. To date, ‘My Child Matters’ has funded 26 pilot projects in 16 countries, making it the largest and most comprehensive childhood cancer program in resource-constrained settings. On World Cancer Day 2007, the UICC launched ‘Today’s Children, Tomorrow’s World,’ focusing on children and prevention. In 2008, the UICC and its members will target parents, health professionals, and decision-makers with a key message: give children and young people a smoke-free environment.5

Putting Cancer on the Global Agenda
Over the years, the UICC has fostered the development of cancer institutions, the sharing and exchange of knowledge, the transfer of technologies and skills, and the education of professionals engaged in cancer control. However, the gap between what we know about cancer and what we do about cancer continues to widen. Governments operate with limited resources, face competing health demands, and often focus on the treatment of disease rather than its prevention. The WHO World Health Assembly resolution on cancer prevention and control, adopted in May 2005, calls on countries everywhere to intensify action against cancer by developing and reinforcing cancer control programs. Worldwide cancer control can be effective only if it is given priority at the highest levels of decision-making. 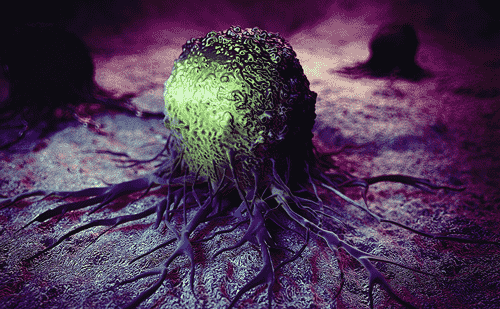